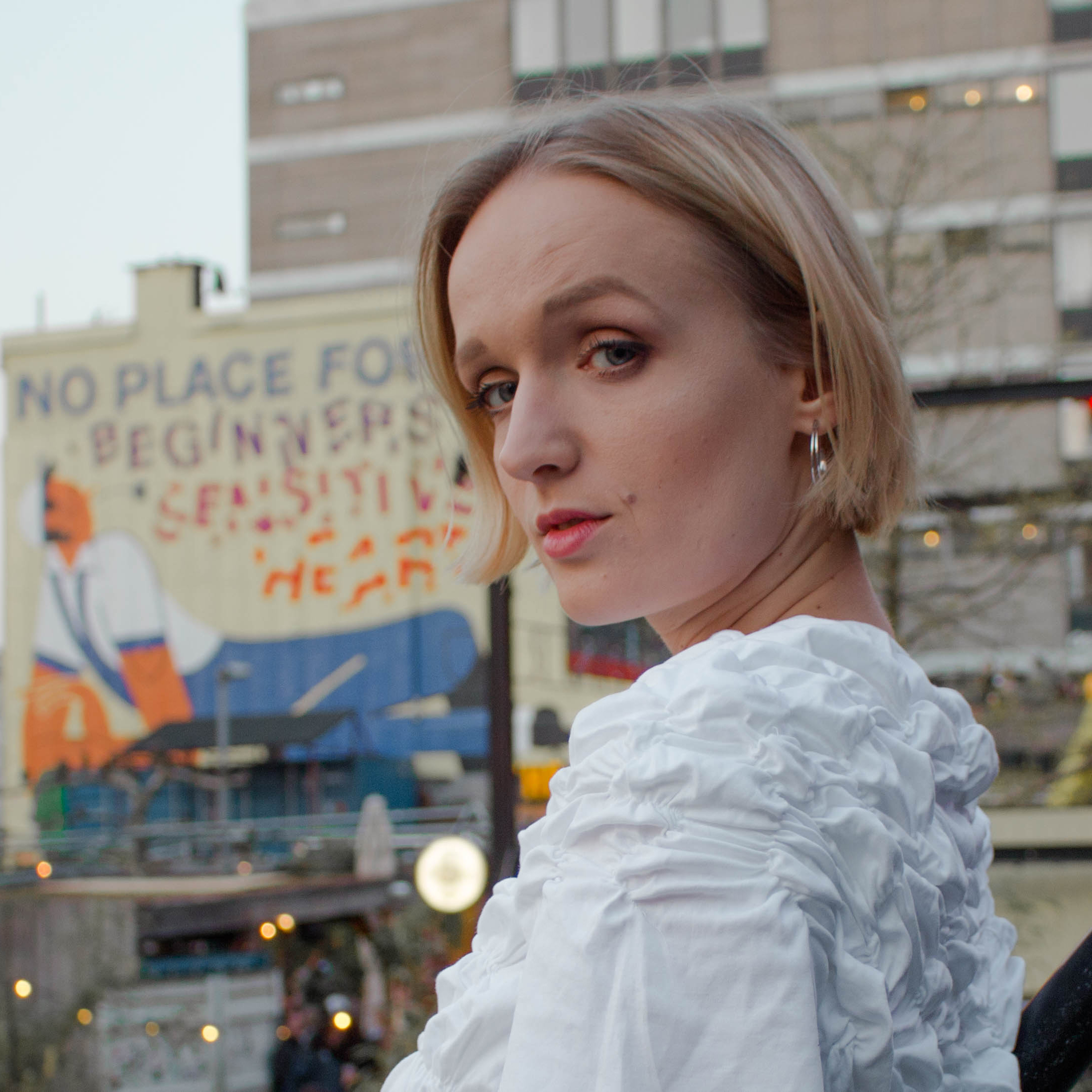 Natalia Kharetskaya is a composer and vocalist born in Lithuania and currently living in Rotterdam, the Netherlands. She aspires to introduce new audiences to the chamber music’s sound universe which straddles worlds of jazz, contemporary classical and avant-pop.

In 2015 Kharetskaya moved to the Netherlands to study jazz composition at the Codarts Rotterdam with Paul van Brugge. The studies paved the way for the creation of contemporary groove-related music - a meld of jazz and contemporary-classical idioms. She wrote and arranged for such ensembles as OTRA Symphonica (2019 Grammy-nominated tango ensemble), Domestica Rotterdam, Codarts Pop Orchestra, INGUZ string quartet, and contributed by creating arrangements for amateur orchestras in the Netherlands including CMH orchestra (for Sound Trip project with Carlo Balemans, which received a 2019 KNMO Award), Symfonisch Blaasorkest Crescendo and others.

After the graduation from Codarts Rotterdam in jazz composition, she felt an urge to reunite her skills of composing and performing. This led to the launch of an avant-pop project titled “Cosmic Bride”, which combined artist’s experiences and introduced composed chamber music to the larger audience. She premiered with the composition “Solitary Star” during Eurovision National Finals in Lithuania, January 2021, while the “Cosmic Bride” performance was described as “enchanting” and “almost ethereal” and was ranked Top 50 national final performances across Europe by Wiwibloggs.

Advancing as a jazz vocalist she acquired the fascination for improvisation. During her years at the Klaipeda Academy of Arts, Lithuania (2010-2014) she studied jazz vocals with Steponas Januška and performed together with renowned Lithuanian jazz musicians such as: Arnoldas Jankūnas, Saulius Šiaučiulis, Algis Kilis and many others, developing her distinctive voice as well as sparking further interest in composing and arranging.

Aside from studying composition, Kharetskaya kept working as a session vocalist and performed as a backing vocalist on such events as Tomorrowland with Metropole Academy, ADE with Metropole Orkest, as well as for artists like Armin van Buuren, DJ Tiesto and others. She also appeared as a solo vocalist during Riga Jazz Stage and Jazz Voices festivals, and on TV shows including Eurovision National Finals and The Voice of Lithuania.

Kharetskaya is currently working on a collaborative project together with INGUZ string quartet with the use of interactive media. Joined by Pablo Gastaldello, an Italian sound engineer, whose work is focused on electronic music production with the integration of movement-based control systems, “Cosmic Bride” is aiming to bring audience on a journey, where the performer embodies the music and alters the sounds of the vocals and string quartet with the tips of her fingers.

The choice of a stage name was inspired by a quote of the world-famous composer Igor Stravinsky: “Music is the Bride of the Cosmos”; for he was who popularised Lithuanian traditional music world-wide. This name is a tribute to Lithuania and a long-searched artistic concept, which explores artists heritage and resonates with the idea of music as a source for identity investment.

Questions? Get in touch with me.